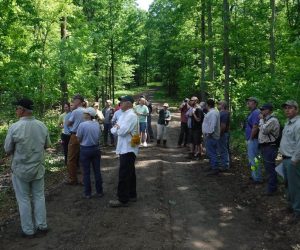 The Appalachian Mountains Joint Venture and the U.S. Forest Service (USFS) have finished a series of workshops across Pennsylvania and Ohio for land owners detailing practices that can improve forest habitats for birds and other wildlife. Along with describing how different forest management techniques can result in healthy, diverse habitat, the workshops introduced landowners to various resources such as cost-share programs and private lands foresters available to facilitate this type of management. In Pennsylvania, AMJV staff and partners working with Allegheny National Forest staff held a workshop in Bradford on June 9-10 that was attended by 41 landowners. The first
Read More

The Ruffed Grouse Society and American Woodcock Society (RGS/AWS) were honored to receive a recent 2017 APEX Award for Publication Excellence in the “Magazine Series” category for the 2016 Spring, Summer and Fall Hunting Special Edition issues of the Ruffed Grouse Society magazine. The award, given in the print magazines and journals section, marks the seventh consecutive year RGS/AWS has received an APEX award. “In many ways, the Ruffed Grouse Society is a major voice of our organization, effectively communicating our important mission of preserving sporting traditions by creating healthy forest habitat to members,” said RGS President and CEO John
Read More

Wildlife Habitat Mapping for Community Land-use Planning and Species Conservation   What is the Landscape Project?   Designed to guide strategic wildlife habitat conservation, the Landscape Project is a pro-active, ecosystem-level approach for the long-term protection of imperiled species and their important habitats in New Jersey. The N.J. Division of Fish and Wildlife’s Endangered and Nongame Species Program (ENSP) began the project in 1994. Its goal: to protect New Jersey’s biological diversity by maintaining and enhancing imperiled wildlife populations within healthy, functioning ecosystems.   Why does NJ need the Landscape Project?   New Jersey is the most densely populated state
Read More 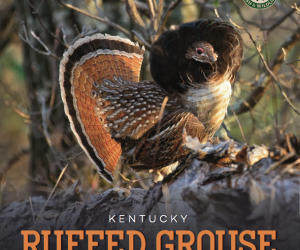 A newly published plan developed by the Kentucky Department of Fish and Wildlife Resources offers a long-range strategy to help ruffed grouse populations rebound in eastern Kentucky after years of decline. The Ruffed Grouse and Young Forest Strategic Plan looks 10 years out and its success hinges on an array of partners working together to create the young forest habitat on which grouse and other woodland species can thrive. “This will be an ambitious effort, aimed at turning the tide for the ruffed grouse,” Kentucky Fish and Wildlife Commissioner Gregory K. Johnson said. “There is no doubt this is a challenge
Read More

Comments Off on Grouse Restoration Plan Comes into Focus 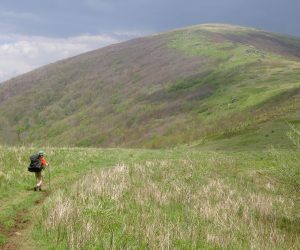 The Southern Appalachian Highlands Conservancy (SAHC) purchased 324 acres in the Highlands of Roan — permanently protecting the northern slopes of Hump Mountain just 500 ft. from the Appalachian National Scenic Trail (AT)! The property, adjoining Cherokee National Forest and Hampton Creek Cove State Natural Area, has been a conservation priority for SAHC and partners at the Appalachian Trail Conservancy (ATC) and the US Forest Service for decades. “Our purchasing this tract ensures that future generations of hikers will be able to enjoy the beauty and tranquility of the AT on Hump Mountain,” said Executive Director Carl Silverstein. “This property
Read More

Comments Off on 324 Acres on TN slopes of Hump Mountain — Now Protected! 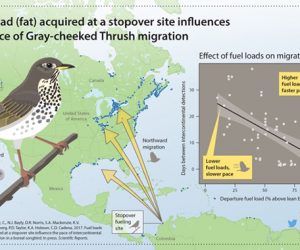 A new study finds that the number of days it takes for a bird to migrate to its breeding grounds is directly related to conditions at just a single stopover site. These crucial migration rest stops can determine how far the bird can fly non-stop and whether or not it will reach its breeding grounds in time to reproduce. Researchers from seven institutions in Colombia, the United States, and Canada conducted the study, just published in Scientific Reports. Scientists tracked 133 Gray-cheeked Thrushes fitted with miniature radio transmitters called nano-tags as the birds travelled from a recently discovered stopover site along
Read More