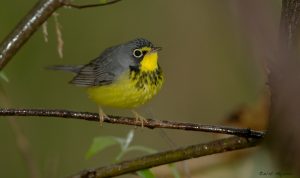 New data suggest that drinkers of the world’s most popular beverage increasingly favor roasts that are good for birds that inhabit the world’s coffee-growing regions.

One such coffee is Smithsonian Migratory Bird Center (SMBC) Certified Bird-Friendly Coffee (BF coffee): Its trademark rich flavor reflects growing conditions that lead the industry both in organic qualities and bird-friendliness. Sales of Smithsonian’s BF coffee from Central and South America more than doubled between 2010 and 2014, with some individual distributers recording even larger increases.

Meanwhile, to meet this escalating demand, new farmers are signing on to provide coffee beans that meet the BF grade. In Nicaragua, for example, over 300 family farmers now grow the BF beans — up from a single farm in 2011.

While there are many coffees that are eco- or bird-friendly, the Smithsonian BF coffee is creating a buzz in spite of — or perhaps because of — rigorous, science-based certification standards its growers must meet. In fact, the Smithsonian has developed the only 100 percent organic and shade-grown coffee certification available. No other bag guarantees that every bean is produced organically and in the same high-quality habitat required by millions of migratory birds.

“Our seal ensures that tropical ‘agroforests’ are preserved, and that migratory birds find a healthy haven when they travel from North American backyards to those faraway farms producing the beans people enjoy every morning,” says Robert Rice, who oversees the BF program at SMBC.

“While there are other shade certification programs, BF coffee is widely regarded as the gold standard. It requires USDA organic certification, and to qualify, farmers must meet a rigorous list of conditions, from canopy height and native tree diversity to pollution controls when the coffee is milled,” Rice adds.

The key to the remarkable flavor of BF coffee is that the beans mature far more slowly under the shade trees needed by the birds. This extended growing process creates a deeper, richer flavor. The vast majority of commercial coffee, by contrast, is grown on farms with scant or no shade — a setting at odds with coffee’s natural understory origins of east Africa.

Dr. George Fenwick, President of American Bird Conservancy, is a fan of BF coffee. “Millions of acres of small shade coffee farms have been destroyed to make way for sun-tolerant coffee — an industrialized, chemical-dependent system that renders what had been prime bird habitat into the ecological equivalent of a parking lot,” he says.

Several studies document the value of shade grown coffee to birds. Unfortunately, by some estimates, more than 40 percent of the shade coffee farms in Latin America have already been lost to meet the demand for sun coffee, which is cheaper to produce and sell.

Americans drink one-third of the world’s supply of coffee. Although they are increasingly turning to shade-grown and organic blends, their acceptance of these industrialized production methods have been the driving force behind the shift from traditional, shade-grown coffee to habitat-destroying sun coffee. Unfortunately, the decisions made at the supermarket or specialty shop have a profound effects on birds.

Consider some numbers behind the growing demand for BF coffee. According to Bill Wilson, who owns Birds and Beans, one of the nation’s largest distributors of BF coffee, “We have experienced about a 50 percent increase in sales of this coffee in each of the last five years.  People who try this coffee come back again and again. The increased interest has been amazing.”

Supermarket shelves are full of coffee that tout their environmental credentials, says Smithsonian’s Rice. What makes BF coffee different, he adds, are the scientific underpinnings of the criteria and the “product purity.”

“Some certification programs allow a small percentage of non-certified product in their bag owing to the difficulty of controlling the process at the farm level. Other sustainable coffee programs permit product dilution, allowing as little as 30 percent purity in order to meet their standards and still carry their certification label. Further, some shade-grown programs don’t require that shade trees meet a minimum height. This extended growing process creates a deeper, richer flavor. The vast majority of commercial coffee, by contrast, is grown on farms with scant or no shade — a factor that studies show is critical to creating quality habitat for neotropical migrants and resident birds,” Rice says.

Sally Sears, who owns another major roasterie, Caffe Ibis, sells triple-certified organic, fair trade, and Smithsonian Bird Friendly coffee. She says there are two key factors driving the increase in sales. “Our buyers are conservation-conscious and know that purchasing BF coffee is a pro-environment action. Of equal value is the fact that the flavor of specialty grade BF coffee beans is extraordinary.”

Wilson, of Birds and Beans, says that through a thriving online direct customer community and over 125 retail outlets across the country, he now distributes the BF coffee to all 50 states. He also sells BF coffee to a host of conservation-minded coffee clubs that purchase the coffee in bulk to help keep costs down, even though the BF coffee costs about the same as other premium coffees widely available in grocery stores.

Rice says that while the sales trend in recent years is encouraging, the best social aspect of BF coffee is that it rewards small producers. “Small-scale farmers are the ones with these diverse agro-forestry systems. They are good land stewards, maintaining biodiversity and providing habitat, and it’s heartwarming to see them recognized with the BF seal and premium prices.”

Although the increasing popularity of BF coffee is encouraging, Rice adds, “We aren’t where we need to be. Thirty percent of migratory birds continue to decline at alarming rates, and we need to save habitat.”