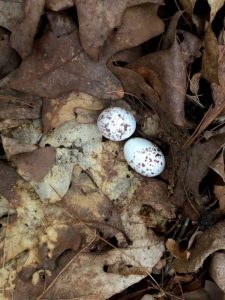 Deep in AMJV’s Virginia Highlands Focal Landscape you can find Boiling Springs Rod and Gun Club, a private hunting club with over 4,000 acres. They are a non-profit organization with 20 members, including a 5-member Wildlife Management Committee. Members of Boiling Springs are acutely aware of how enhancing habitat for deer, turkey, and grouse overlaps with the needs of other birds and pollinators as well. They are active stewards who have sought assistance from multiple experts to protect the health of their land. Funding from The Alliance for the Chesapeake Bay allowed them to work with a forester to start a forest management plan for their property. They have also enrolled in Working Lands for Wildlife’s Golden-winged Warbler Initiative to improve early successional habitat. 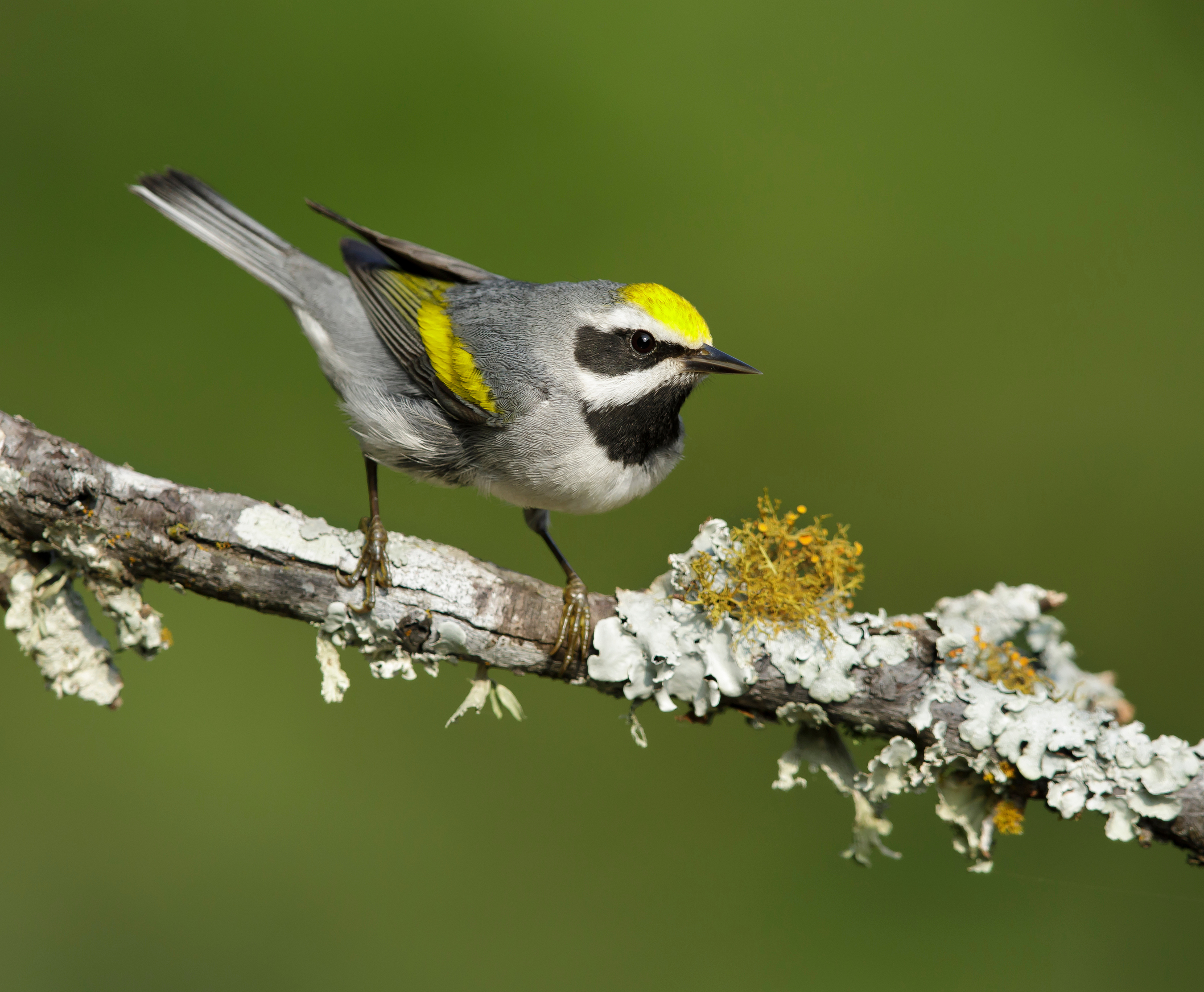 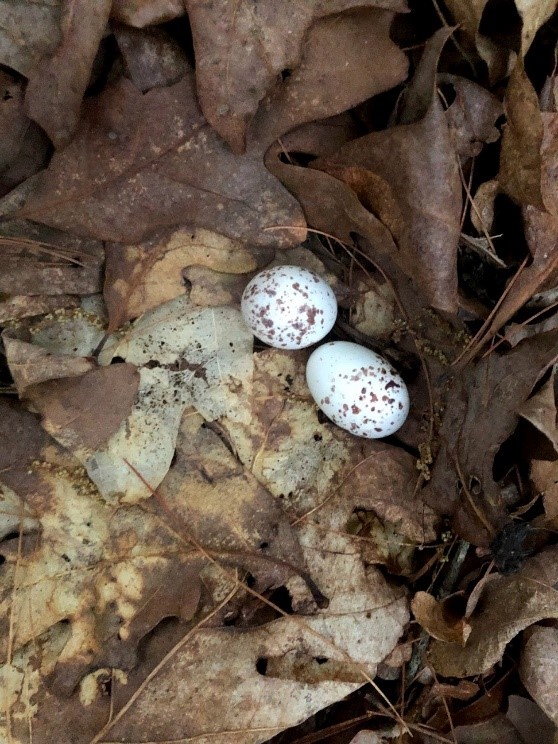 A close-up of Whip-poor-will eggs spotted during a point count on Boiling Springs woodlands. Whip-poor-wills are declining in Appalachia due to loss of habitat. Photo courtesy of Claire Nemes

The Boiling Springs Rod and Gun Club has shown immense dedication to enhancing habitat for all wildlife and engaging their members in conservation. AMJV is excited to highlight their hard work in the Virginia Highlands.