Posted on Thursday, April 11th, 2013 by aadmin | Comments Off on Migrating and Breeding Birds Need Your Help 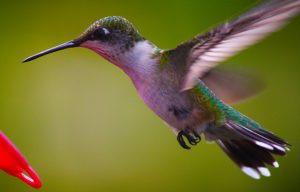 As temperatures start to climb, birds begin their annual spring migration and also begin breeding.  American Bird Conservancy (ABC) often gets asked, particularly during the spring, “How can I help the birds?” Here are the top ten things ABC recommends people do to aid or protect birds in their homes and yards.

According to Dr. George Fenwick, President of ABC, “Birds need help now more than ever. In addition to the ongoing threat of loss of habitat, staggering numbers of birds are directly killed due to a number of other human-related causes. Scientists estimate that 300 million to one billion birds die each year from collisions with buildings. Up to 50 million die from encounters with communication towers. Studies suggest that up to six million may die EACH DAY from attacks by cats left outdoors. These deaths occur year-round, but many occur during the peak spring and fall migrations. Some studies suggest that perhaps as many as half of all migrating birds do not make it back home, succumbing to various threats on either end of the journey.”

1. Keep your cat indoors —This is best for your cat as well as for the birds, as indoor cats live an average of three to seven times longer. Domestic cats, which are not native to the United States, are an introduced predator against which birds have no defense. Cats are responsible for an estimated 2.4 billion bird deaths each year. Some species have gone extinct because of cats! Even well-fed cats instinctively kill birds, and bells on cats don’t effectively warn birds of cat strikes. In the spring, young birds or nestlings often find themselves on the ground calling for a parent, only to end up attracting the fatal attention of a nearby cat. Because of this, studies show that bird mortality from cats in the spring is disproportionately higher when compared to other times of the year.

2. Prevent birds hitting your windows by using a variety of treatments to the glass on your home. Collisions with glass constitute a major source of bird mortality, with as many as one billion dying each year. See ABC’s new flyer!

3. Eliminate pesticides from your yard—even those pesticides that are not directly toxic to birds can pollute waterways and reduce insects that birds rely on for food—and try to buy organic food to help reduce pesticide use on farms.  For rodent control, seal cracks, remove food sources, and use snap and electric traps rather than rodenticides, which poison birds as well as young children. Learn more here.

4. Create backyard habitat—yards both large and small can benefit birds and other wildlife. Create a diverse landscape by planting native grasses, flowers, and shrubs that attract birds. You will be rewarded by their beauty and song, and will have fewer insect pests as a result.

5. Donate old bird-watching equipment such as binoculars or spotting scopes to local bird watching groups—they can get them to schools or biologists in other countries who may not have the resources they need. More people studying birds means more voices for bird conservation!

7. Buy organic food and drink shade-grown coffee—increasing the market for produce grown without the use of pesticides, which can be toxic to birds and other animals, will reduce the use of these hazardous chemicals in the U.S. and overseas. Shade coffee farms have been demonstrated to provide far superior habitat for birds than coffee grown in open sun.

8. Keep feeders and bird baths clean and change the water regularly to avoid disease and prevent mosquitoes from breeding.

10. Join a bird conservation group such as ABC (click on ABC to learn how to join)—learn more about birds and support important conservation work. The upcoming issue of ABC’s Bird Conservation magazine features migratory birds.

“Protecting and helping birds is not only the right thing to do, it is also good for the economy and the future of our environment. Birds are invaluable as controllers of insect pests, as pollinators of crops, and dispersers of native plant seeds, and they also generate tremendous economic revenues through the pastimes of bird feeding and bird watching,” said Fenwick.

A federal government study reports that over 20 percent of the U.S. population – 48 million people – participates in bird watching. Of that total, about 42 percent (20 million people) actually travel to see birds. Birders spend about $36 billion annually in pursuit of their pastime. The top five bird watching states by percentage of total population are: Montana (40%); Maine (39%); Vermont (38%); Minnesota (33%); and Iowa (33%).