Service Approves $3.6 Million to Conserve Migratory Birds and Their Habitat

Posted on Tuesday, April 29th, 2014 by aadmin | Comments Off on Service Approves $3.6 Million to Conserve Migratory Birds and Their Habitat 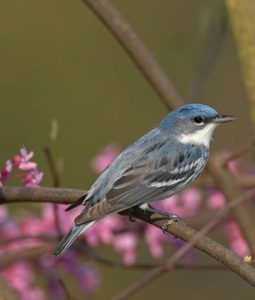 Migratory birds throughout the Western Hemisphere – including some of the AMJV highest priority species –  will benefit from $3.6 million in grants for 29 collaborative conservation projects across the Americas, the U.S. Fish and Wildlife Service announced today.

“Migratory birds are an integral part of the landscape the Service seeks to conserve for the benefit of the American people,” said Service Director Dan Ashe. “Collaboration with our partners on conservation projects throughout these birds’ breeding and winter ranges is essential to protect their habitats and to reduce threats.”

There are 386 species of neotropical migratory birds that migrate to and from the United States each year, including songbirds, shorebirds and other bird species. Populations of many of these birds are in decline, and several species currently are considered in need of special conservation attention as a result of habitat loss, pollution, human disturbance or climate change.

This year’s grants will benefit hundreds of species in 18 countries, conserving neotropical migratory birds from breeding sites in Canada and the United States to wintering sites in Mexico, Central and South America, and the Caribbean. Project highlights that involve AMJV partners and will positively impact AMJV priority species include:

For more information on funded projects for 2014 and previous years, visit http://www.fws.gov/birdhabitat/Grants/NMBCA/