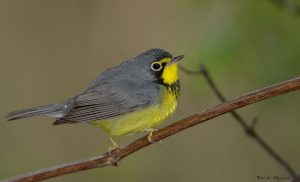 While ticket scalpers have not made appearances yet, they may not be far behind as reservation demands are spiking for a unique, new testing facility that is nearing completion in New York City. While this venue will not likely attract A-list celebrities, it will help save the lives of scores of birds by advancing efforts for an increasingly sought after component of home and business construction: new glass windows and doors that are more bird- and user-friendly and that may lead to a reduction in the up to one billion annual bird/glass collision deaths in the United States.

The new testing facility is a joint venture of American Bird Conservancy (ABC), New York City Audubon (NYCA), New Jersey Audubon and Ennead Architects. The facility is located at a nonpublic area at the Bronx Zoo.

“Glass manufacturers are hearing the world’s call for more bird-friendly windows and doors, and they are accelerating their research efforts accordingly,” said Dr. Christine Sheppard, who heads up the Bird Collisions Program at ABC. “Our job is to evaluate their new products through highly refined testing protocols and provide scientifically sound feedback that continues to move the ball forward in reducing bird collisions.”

“More than 90,000 birds die in New York City from collisions with glass,” said Dr. Susan Elbin, Director of Conservation and Science for New York City Audubon. “Pointing out issues with glass that reflects habitat or is invisible to birds is not enough. We need to provide architects and building owners with real solutions.”

“The expansion of knowledge afforded by this work has greatly enhanced the development of effective design solutions,“ said Guy Maxwell, partner in Ennead Architects. “As new information, products, and design solutions become available, bird-friendly architecture is becoming increasingly achievable and more compatible with other goals of sustainable construction.”

“Much of the world is demanding more wildlife-friendly products and a big part of that is bird-friendly technology. Bird collision mortality is certainly a contributing factor to the unfortunate reality that we now have over 200 species of birds suffering population declines or in serious trouble,” continued Sheppard.

Bird mortality from collisions with glass is a serious problem in virtually all habitats. In the most comprehensive study of its kind, involving the review and analysis of almost two dozen studies and over 92,000 records, federal scientists recently found that between 365 and 988 million birds are likely killed in the United States each year as a result of collisions with buildings. The study provided quantitative evidence to support the conclusion that building collisions are second only to feral and free-ranging pet cats (estimated to kill as many as 3 billion birds each year) as the largest source of direct human-caused mortality for U.S. birds.

Sheppard and ABC have created a testing program to expand the knowledge of what visual signals deter bird collisions with glass, to provide comparative ratings of deterrence for existing commercial products, and to provide support and feedback for companies developing new bird-friendly products. The ability to provide quantitative ratings for materials has proved essential in development of ordinances and guidelines for “bird-friendly design.” Efforts are underway to expand the capacity of the program as more companies identify bird-friendly new construction and plan to retrofit existing buildings.

The New York City testing facility is the second of its kind in the United States. An earlier version was constructed in Pennsylvania, which provided experience leading to a series of improvements made in the New York tunnel.

The new facility is located at the Bronx Zoo on Jungle World Road, just north of the Monorail. Birds that will be used to test new products are trapped along the Bronx River in April and May, during migration periods and following established protocols.

All personnel handling birds for this project are experienced bird handlers. Birds to be tested are brought to the tunnel where they are evaluated by a technician. Any bird that appears stressed is simply released. Otherwise, the bird is released into the tunnel by hand, through a sleeve set into the end panel. Each bird is released after one flight. Any bird that does not fly after 30 seconds is withdrawn from the tunnel and released.

The new tunnel controls variables like changing weather and light intensity, using a standard daylight simulator. Birds are observed as they fly down the dark tunnel toward the light and presumably attempt to exit either via the invisible control panel, or a test panel. A mist net prevents birds from actually hitting the glass. Each test is videotaped using high-speed, synchronized cameras. Flight type is recorded, as well as destination (to the control side or test side of the net, or to the side, floor, or ceiling of the tunnel).