The Second Atlas of Breeding Birds in West Virginia is available for purchase!

Posted on Friday, May 21st, 2021 by Jesse Wise | Comments Off on The Second Atlas of Breeding Birds in West Virginia is available for purchase! 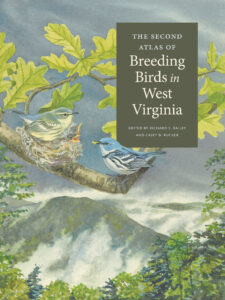 The Second Atlas of Breeding Birds in West Virginia is the most comprehensive description of bird life in the Mountain State ever published. Building on the first Atlas, published in 1994, this book documents the occurrence of 170 species of breeding birds, including three new species and one whose last breeding record was in 1888.

Compiled from the efforts of almost two hundred volunteers, who worked from 2009 to 2014 to amass more than one hundred thousand records and conduct point-count surveys, the Atlas presents detailed information about each species and two hybrids. Species accounts are accompanied by maps that show breeding evidence as well as estimates of occurrence, change in occurrence, and population density. The volume covers state geography, climate, and changing habitats. It includes both a discussion of conservation concerns important to the state’s breeding birds and a history of state ornithology and changes in West Virginia’s avifauna drawn from observations and research from the nineteenth through the twenty-first century.

Featuring up-to-date information about 170 bird species and hundreds of beautiful color photographs—nearly all of which are identified by county locations—The Second Atlas of Breeding Birds in West Virginia is an indispensable resource for researchers, conservationists, and birders.

You can purchase the hardcover edition for $69.95 here.