Posted on Tuesday, December 6th, 2016 by aadmin | Comments Off on USFWS Proposes to Expand Mountain Bog Conservation in North Carolina 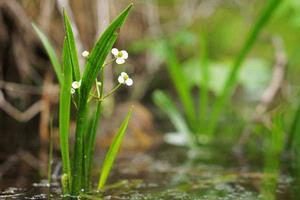 The U.S. Fish and Wildlife Service seeks public input on its proposal to expand the acquisition boundary for Mountain Bogs National Wildlife Refuge.

“Since Mountain Bogs National Wildlife Refuge was established in 2015, we’ve heard from numerous private landowners interested in supporting the refuge through land sales and donations,” said Andrew Hammond, Refuge Manager. “If approved, this proposed expansion would increase opportunities to work with those landowners. It also brings some keys sites into our focus areas.”

The Service currently has 30 sites, or Conservation Partnership Areas (CPAs), where it focuses conservation efforts for Southern Appalachian bogs – a rare habitat that is home to several imperiled plants and animals including the threatened bog turtle, the endangered mountain sweet pitcher plant, and the endangered bunched arrowhead.

Service work in these areas follows a two-pronged strategy: supporting interested landowners in their land management, and acquiring land for Mountain Bogs National Wildlife Refuge through purchase and donation from willing landowners. The proposal would create two new CPAs, one that lies in parts of both McDowell and Rutherford counties, and another in Macon County; and expand five of the existing Conservation Partnership Areas to include additional habitat for rare species.

The Conservation Partnership Areas within the refuge acquisition boundary currently include 45,000 acres, with the Service authorized to purchase up to 23,000 of those acres to add to Mountain Bogs National Wildlife Refuge. The Service is considering increasing the acreage within the acquisition boundary to approximately 95,000 acres, with authorization to purchase up to 65,000 acres pending funds and landowner interest.  However, exact acreage of the proposed expansion is yet to be determined, as the Service considers the extent of rare species populations, conservation efforts by other organizations, and landowner interest.

While the refuge acquisition boundary includes sites in eastern Tennessee and western North Carolina, all of the proposed additions and expansions are in North Carolina.

Southern Appalachian Mountain bogs can be found from southwest Virginia to north Georgia, though most are found in western North Carolina. A handful of extremely rare plants and animals depend on them for survival, including carnivorous plants like the mountain sweet pitcher plant, and the bog turtle, North America’s smallest turtle. Within the current Conservation Partnership Areas, Mountain Bogs National Wildlife Refuge consists of 39 acres with bog conservation efforts primarily focused on working with private landowners, including stream and wetland restoration at sites in Henderson County, rare plant research in Transylvania County, and management of invasive plants at several sites.

Article by the U.S. Fish and Wildlife Service.