Posted on Thursday, May 9th, 2013 by aadmin | Comments Off on WVDNR Seeks Help Locating Whip-poor-wills 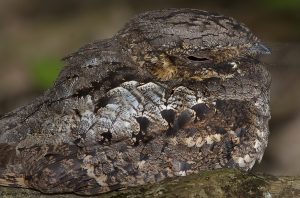 “If you see or hear whip-poor-wills in West Virginia between the dates of May 10 and July 31, please email DNR Wildlife Resources Section biologist Rich Bailey at richard.s.bailey@wv.gov,” Taylor said.  “Include the date and location, being very specific; where you saw or heard the bird; your name and phone number; and whether you saw or heard the bird.”

The whip-poor-will is a gray, black and brown bird with a black throat. It is well-camouflaged and is easier to hear than see. Its namesake song is a loud, rhythmic “whip-poor-will” which it sings repeatedly at night.

“Recent Breeding Bird Survey data indicate significant population declines of this bird in nearby states, and your observations will enable us to get a better sense of their population status in West Virginia,” Bailey said.

The Wildlife Resources Section is also interested in discovering locations of barn owls and bald eagle nests. Please email Bailey if you see or hear either of these species with the same information as for the whip-poor-will.  Barn owls have a distinctive white, heart-shaped face and a variety of unique calls including clicks, hisses, grunts and screams.

« Friends of the Migratory Bird/Duck Stamp Will Support Wildlife Conservation
From One to 135: New Jersey’s Bald Eagle Success Story »